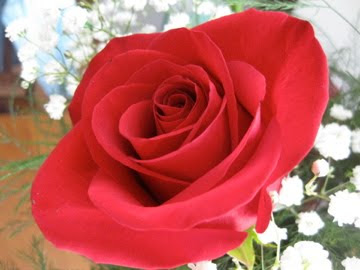 It's been fun sharing the story of me taking a big step in my life and moving across the country. When I started I had no idea where exactly this story would take me! The three weddings I attended in July, which gave me the excuse to up-and-go this past summer, surpassed all of my expectations. I had so much fun enjoying extended stays, becoming closer with great friends and family. I was so lucky to find out about the internship at Baxter State Park while just looking for information on how to hike Mount Katahdin on my first night in Maine. When I found out about that I just knew that was what I was meant to do...but even so, I never would have dreamed it would bring me right to the man of my dreams and then to the great state of Vermont!

Now I think the story of Meggie Rainorshine has had its happy ending, don't you? But don't panic! I'm starting a new blog which will be easier for me to update frequently, because it relates to my other current online activities. I'm tentatively calling it the New Craft Blog.  And by tentatively I mean permanently.
Posted by Meghan Cecilia at 10:09 AM No comments:

My goal in life has always been to continually move up. This can be interpreted in different ways and apply to many things. Basically it means that with any decision I make, it should lead to some improvement and never a regression. Every experience should teach a lesson, every mistake a preventative measure for the future.
It's no secret that I've never been good at saving money. This past spring, I was able to save enough to get me across the country and start a new life. It was easy to do when I had the promise of taking time off and travelling to the East Coast ahead of me. Well that was a start. Then, taking a job where the pay was a minimal stipend caused me to cut my spending even further and form some really good habits (cooking cheap meals instead of going out, for example). I decided I'm going to keep those thrifty habits going in 2011. My official New Year's Resolution:
PAY MY$ELF FIR$T!
(that means 10%, untouchable!) Now to find some income, because I am gonna need that other 90%...
Posted by Meghan Cecilia at 8:58 AM No comments: 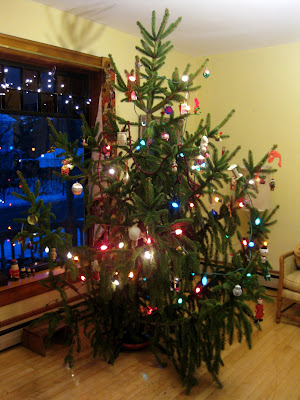 A very MERRY CHRISTMAS
to all those I miss!

No need to worry about me though...
I am warm and happy in a winter wonderland.
Posted by Meghan Cecilia at 1:53 PM 1 comment:

you gotta know the rules to break em

For evidence of my total immersion into a new culture, (you may have noticed) my grammar has taken a turn for the worse. Not to worry: it is purely intentional.

As an English major I firmly believe that you gotta know the rules to break em. Anyway I am far more interested in dialect than “proper diction.” The regional dialect of Vermont first took my interest upon meeting Shook back in Baxter, and has kept me laughing ever since.

Earlier this week I drove upta Williston (Shook’s hometown) to do some shopping. Williston Liquidation Center is comparable to Maine’s store Marden’s (not quite as good though). Basically they sell a bit of everything at up to 70% off retail – I ended up buying lycopene, a sweater, and some Ritz crackers.

I had myself a good chuckle when I came across the following items and I hope you will too! 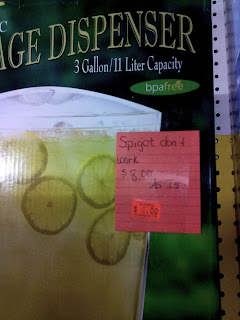 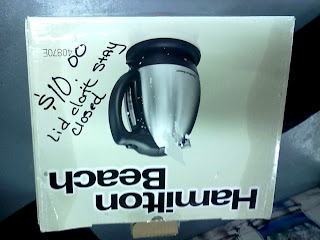 Posted by Meghan Cecilia at 10:01 AM No comments:

hiking in the snow

I have so far found running to be impossible in the cold, but I do enjoy
hiking in the snow.
Ned took me up the side of South Mountain (yep! they got one too) located just south of Bristol.

We went up the west-facing, steep side, visible to the right in this picture taken from Mountain Street, where the Tellings live. 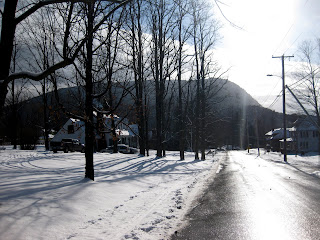 Here we are standin under a frozen waterfall! 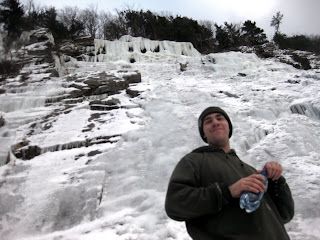 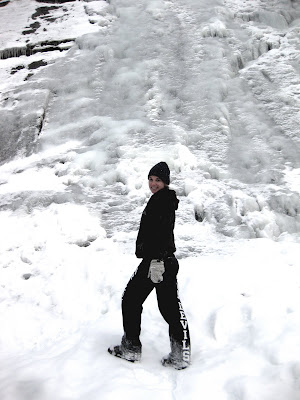 On a very clear day, looking west from here you can see New York’s Adirondack Mountains across the Champlain Valley.
On this day we could see only their outline in the distant clouds. 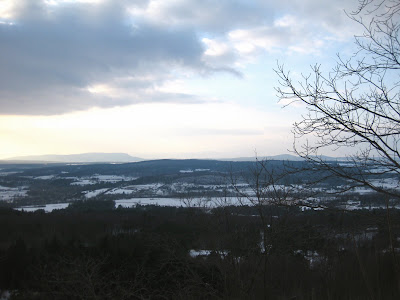 Posted by Meghan Cecilia at 12:57 PM No comments: 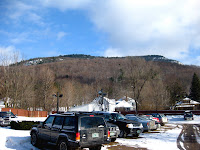 Looking around a parking lot in Bristol, you will see almost exclusively
green plates.


the scene today at Shaw's
with Deer Leap mountain behind


Vermonters do not often leave the state, and they freely admit that they do not like others to come visit.

Leaf Peepers invade during the Fall, getting on everyone’s nerves by driving slowly and carefully through the unfamiliar, dange 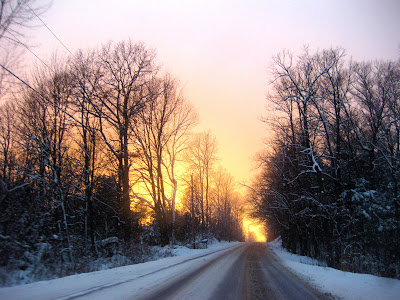 rous roads and offending the locals with Massachusetts, New Jersey and Connecticut license plates. I missed witnessing this phenomenon by showing up after the leaves fell, but I frequently hear all about those unwelcome flatlanders from my new friends here (on a related note...I guess Arizona is far enough away to seem exotic rather than invasive?).

it's okay...winter has its own appeal. 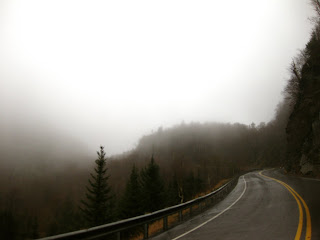 One thing I’ve noticed here is that the posted speed limits tend to actually represent the maximum safe speed.


In Arizona and other places I’ve driven, I estimate that 15 mph over the speed limit is reasonably safe. That isn’t to say that I always travel at 15 over, but it wouldn’t put my life in danger. In Vermont, however, I sometimes have trouble even achieving the speed limit. All the roads are windy through the characteristic hills and valleys, and most follow a river side by side. As a new driver accustomed to travelling in a straight line on “one o’ them roads where you’re goin the same direction as the guy next to you,” with Arizona plates it is difficult to act like you know what you are doing… particularly in inclement weather. I got passed all the time during my first few weeks here.


I must give myself some credit, though: I’ve learned a lot from navigating these curves. I would even say the experience has given me a new appreciation for my sporty little BM’r, especially with brand new studded snow tires and green plates of my own... 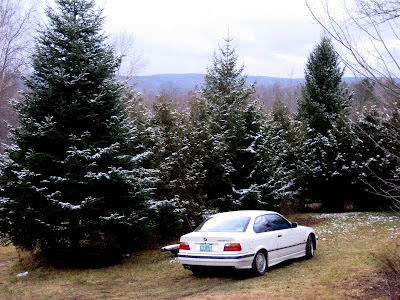 sure looks good chillin at home in Lincoln don't she? photo December 2
Posted by Meghan Cecilia at 2:11 PM No comments:

There are men today working
(Lions, don't let us down)
We work up an appetite
to Tom Brady's sacked frown

Let's keep it up boys,
you are doing just great!
The Steelers couldn't cut it
so Detroit, seal their fate.
Posted by Meghan Cecilia at 10:18 AM No comments: